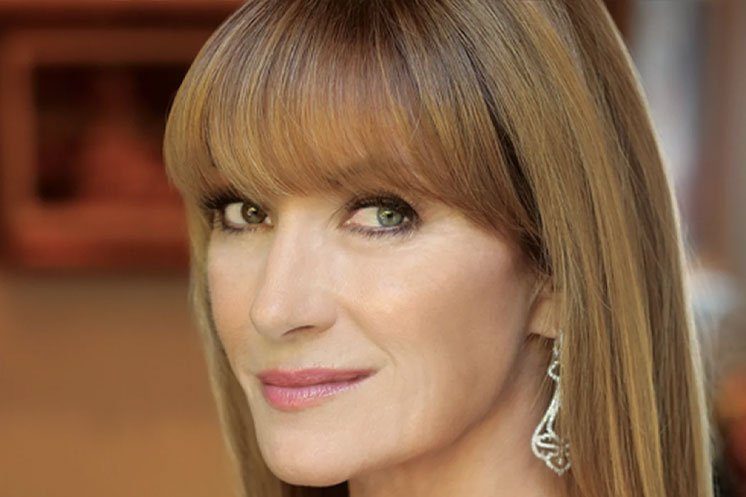 LOS ANGELES, California — May 5, 2021 — Dynamic Television announced today that ZDF has joined leading Irish production company Metropolitan Films as a co-producer for its upcoming Irish murder mystery series Harry Wild. Additionally, Mediawan is pre-buying the series in France and RTÉ comes on board as the Irish broadcaster.  Created and written by David Logan (Lost Christmas) and co-written by Jo Spain (Taken Down), the 8 x 60’ drama is produced and distributed by Dynamic Television and was commissioned by AMC Networks’ Acorn TV.  Harry Wild stars Hollywood icon and Emmy® and Golden Globe® Award winning actress Jane Seymour (The Kominsky Method; Dr. Quinn, Medicine Woman) as a recently retired English professor who discovers a real knack for investigation and cannot help but interfere with the cases assigned to her police detective son.  Principal photography begins May 3rd  in Dublin and will premiere in early 2022.

Joining Seymour in the cast are Rohan Nedd (Safe, Doctor Who, Blue Story) as Fergus Reid, Kevin J. Ryan (Once Upon a Time, Copper, Crossbones) as the role of Charlie Wild, and Amy Huberman (Finding Joy, The Clinic, Butterfly) as Orla Wild.

Daniel March and Klaus Zimmermann, Managing Partners, Dynamic Television, commented “We are grateful to once again have the confidence from our trusted partners in ZDF, Mediawan and RTÉ.   Their commitment to Harry Wild is a testament to Jane and a talented group of actors, to great scripts, and to a best-in-class production team. We couldn’t be more excited.”

Harriet “Harry” Wild (Seymour) is a retiring university literature professor who is finding herself at one of life’s crossroads. Jolted from a mugging, she reluctantly agrees to recover in the home of her son, Charlie, a senior police detective.  Charlie’s family does their best to tolerate Harry’s inscrutable ways, but Harry speaks her mind.  Despite Charlie’s strong objections and warnings, Harry starts to interfere in her son’s particularly bafﬂing murder case when she notices the murderer has followed a pattern from a well-known play.

When she successfully catches the killer by putting herself at great risk in the process, she ﬁnds a new lust for life.  Harry and her protégé, Fergus, a troubled teen in whom Harry sees great potential to turn his life around, quickly find new mysteries to solve.  Harry’s expertise at her new passion brings her into direct conﬂict with Charlie, who needs nothing less than his mother causing trouble at work!

The series’ writers are David Logan, with Jo Spain (Taken Down).  The directors are Ronan Burke (Stand By, Find me in Paris) and Rob Burke (Stand By, Find me in Paris). Executive producers are Jane Seymour, Daniel March (Van Helsing, Trapped, Ginny & Georgia) and Klaus Zimmermann (Trapped, The Sommerdahl Murders) for Dynamic Television, James Gibb (The Outpost, Vwars) for Ardvella Entertainment, and James Flynn (Calvary, Into the Badlands) and Morgan O’Sullivan (Vikings, The Tudors) for Metropolitan Films.

METROPOLITAN FILMS develops,  produces and provides production services to international film and television projects, most recently Ridley Scott’s THE LAST DUEL, and is currently working with Disney on another large-budget feature film which shoots in Dublin during 2021. Since 2015, it has operated as a qualifying  Irish Producer Company under the aegis of the new corporation film tax incentive. Projects it has been commissioned to produce include: VIKINGS 5 & 6 for MGM; PENNY DREADFUL 3 for Showtime; GRETA for Sidney Kimmel Entertainment & Universal; TOMATO RED for Indican; INTO THE BADLANDS 2 & 3 for AMC; and VALHALLA Seasons 1-3 for MGM & Netflix.  Metropolitan’s team has developed and produced many of its own in-house  projects over the years including LOVE HATE 1-5, THE BORGIAS 1-3 , ONDINE, AS IF I AM NOT THERE, CLEAN BREAK, and INSIDE I’M DANCING.  Joint productions include CALVARY, DOROTHY MILLS, MY BOY JACK and THE TUDORS 1-4. In addition to HARRY WILD other current international co-productions include: REDEMPTION, for ITV Studios, Virgin Media Television & Screen Ireland; KIN, a co-production currently in post-production for BRON Studios, Screen Ireland &RTÉ and  recently acquired by AMC for airing on its international streaming platform in late 2021.

ZDF is Germany’s national public television broadcaster. It is run as an independent non-profit corporation under the authority of the Länder, the sixteen states that constitute the Federal Republic of Germany. The nationwide channel ZDF has been broadcasting since 1st April 1963 and remains one of the country’s leading sources of information. Today, ZDF also operates the two thematic channels ZDFneo and ZDFinfo. ZDFkultur is the new online-only offer for (performing) arts and literature. In partnership with other public broadcasters ZDF jointly operates the cross-media offer funk, the German channels PHOENIX and KI.KA. and the European channels 3sat and ARTE. The corporation has a permanent staff of 3,600 plus a similar number of freelancers. Since March 2012, ZDF has been headed by Director General Thomas Bellut. ZDF is based in Mainz, but also maintains permanent bureaus in the 16 Länder capitals as well as special editorial and production facilities in Berlin. For international coverage, ZDF has foreign correspondents operating in 19 permanent bureaus worldwide. ZDF offers full range generalist programming with a mix of information, education, arts, entertainment and sports. Its coverage provides both a broad view on the world and a comprehensive picture of Germany. In compliance with its public service remit, ZDF produces quality programs for all viewers in all parts of Germany without neglecting minority interests. In this way ZDF strives to offer the highest possible public service value.

RTÉ (Raidió Teilifís Éireann) is Ireland’s national public-service media organisation with a full suite of television channels, Ireland’s most popular indigenous VOD service, the RTÉ Player, radio stations, and performing groups. RTÉ commissions a broad range of high-quality programming and content to meet the needs of multiple audiences across all genres, including news & current affairs, drama, entertainment, documentary and children’s programmes. It has the highest share of both television and radio in Ireland. Further information can be found here: https://www.rte.ie.