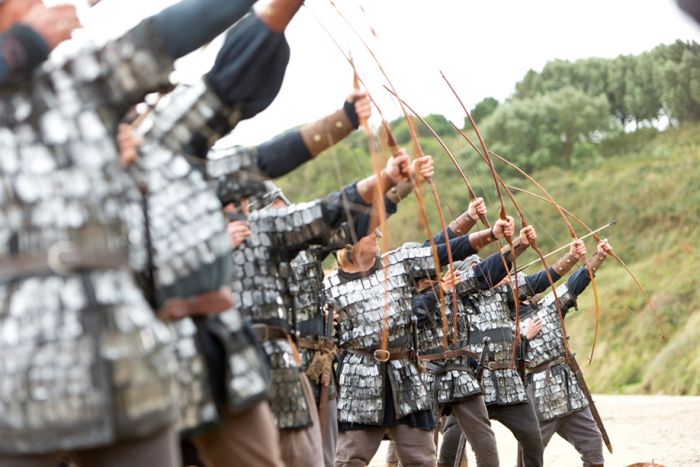 Hundreds of Irish extras garbed as Scandinavian barbarians have laid their battle-axes to rest and wiped the last of the fake blood from their beards as the History Channel’s ‘Vikings’ has completed filming on another season at Ashford Studios, Wicklow.

The series is an Irish Canadian co-production between Octagon Films, Take 5 Productions and World 2000 Entertainment, with season two set to premiere on the History Channel in the US in March 2014.

Although RTÉ had featured ‘Vikings’ season one in publicity material for its Autumn 2013 schedule, it is now likely to air on RTÉ early in the New Year, according to an RTÉ spokesperson.

‘Vikings’ was the first production to use the newly-built €22m Ashford Studios, in Ballyhenry, Co Wicklow, when it began production in April of last year.