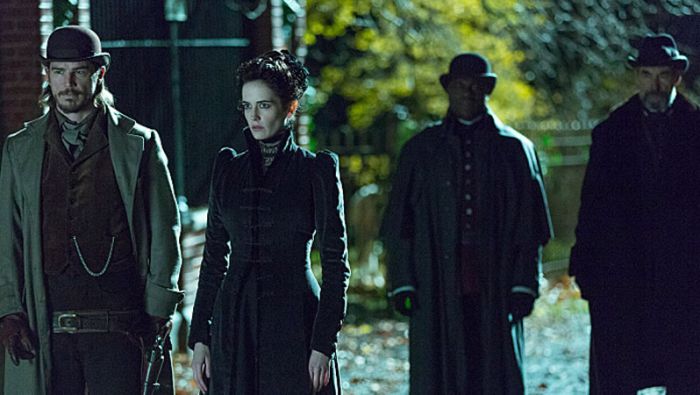 Logan is already deep into the writing of the second season, whose order is for 10 episodes, up from the eight-episode Season 1. Logan will once again pen each episode. Penny Dreadful got off to an OK ratings start on May 11, drawing 872,000 in its debut airing and 1.44 million in its premiere night — that was below the Dexter finale-boosted debut of Ray Donovan but slightly higher than the premieres of Homeland and Masters Of Sex. But Penny Dreadful’s strength has been time-shifted viewing. The series, which had amassed 900,000 views for the first episode before the premiere — the biggest sneak preview ever for Showtime — has become the network’s most watched new show ever on Showtime on Demand, which has been around for 12 years, and on 4-year-old Showtime Anytime with over 3.6 million viewers on the two platforms through the third week of the season. “I think because it’s a genre show, it has done incredibly well in all the new ways you can watch, beyond any show we’d had before,” said Showtime Networks president David Nevins. He said the well-reviewed series was the result of his desire to “create a show that would have credibility with the (Comic-Con) audience” following the end of Dexter, which had done very well with that crowd, “but a show, which is a sophisticated drama that did well with critics and had psychological depth to it.” Starring Josh Hartnett, Timothy Dalton and Eva Green, Penny Dreadful will go into production later this year and will again shoot on location in Dublin for a 2015 launch.

Outside of the U.S., Penny Dreadful debuted as the second-highest-rated launch for an original commission ever for Sky Atlantic. Additionally, CBS Consumer Products recently launched a Penny Dreadful line of merchandise.