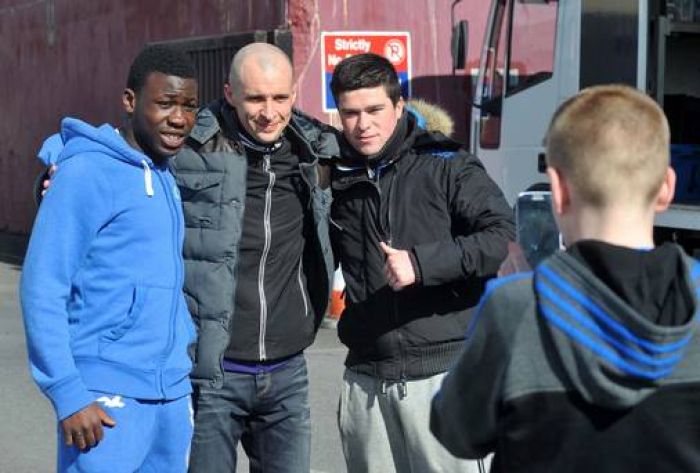 ‘Love/Hate’ fever is about to set in again as the cast of the gangland drama reunite to film season five of the hit RTE series.

The anticipation is mounting to see what will happen to underworld criminal Nidge, and Tom Vaughan-Lawlor was back in front of the cameras in the capital yesterday to begin production on the next installment of the IFTA-winning programme.

The UK-based actor, as well as his co-stars Peter Coonan and Aoibhinn McGinnity, was spotted casually strolling around The Towers pub in Ballymun, north Dublin, in between takes.

Dozens of onlookers gathered to catch a glimpse of the cast and a number of fans even managed to get a picture with the actors.

Creator Stuart Carolan has avoided using film sets as much as possible when shooting ‘Love/Hate’, instead choosing a number of locations across the city.

To date, the crew has used a closed garda station in Whitehall, a graveyard in Deansgrange, the defunct Noel Leonard’s pub on Victoria Quay, and a house in Castleknock that features as Kingpin Nidge’s family home on screen.

The current shoot will continue until June and several weeks will be spent filming overseas at a holiday resort.

In order to ensure storylines were kept secret, the ‘Love/Hate’ cast did not receive scripts until the beginning of March and each signed confidentiality agreements not to reveal the plot.

Each season of ‘Love/Hate’ has so far come to a close with the death of a central character.

Characters John Boy (Aidan Gillen), Darren (Robert Sheehan), Dano (Jason Barry) and Debbie (Susan Loughnane) have already met their demise, and it is rumoured that another lead actor will exit the show in the forthcoming series.

Carolan is also planning on rounding out the drama with a sixth season, which has yet to be signed off on by RTE.