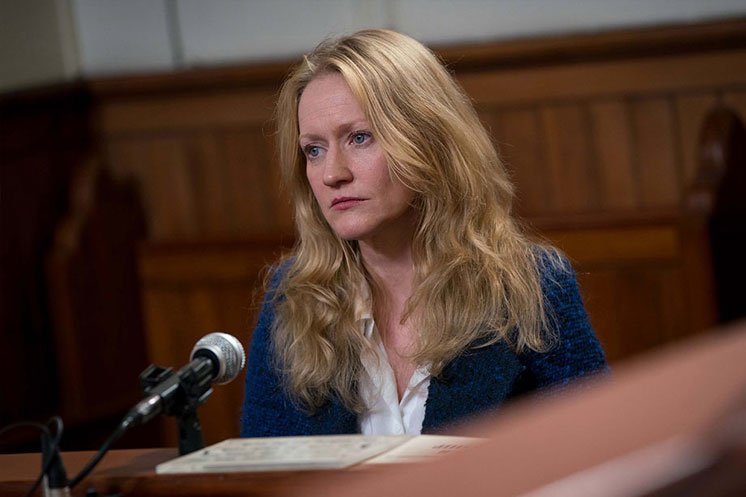 Filmed in Ireland, Redemption will be produced by leading independent production company, Tall Story Pictures, part of ITV Studios and producers of successful returning ITV drama The Bay. The project is being co-produced by Metropolitan Films, one of Ireland’s leading film and television production companies.

Career driven and dedicated, Colette is unflappable and an absolute force of nature. Until she takes a call from Garda Sergeant Luke Byrne from Dublin Police.  The body of a young woman has been found and Colette is listed as the next of kin. The name of the victim means nothing to Colette so she continues to efficiently go about her day job.  Persisting with his enquiry, the young officer calls again and begins to describe the young woman rendering Colette speechless.  She takes the next ferry to Dublin to identify the body of her missing daughter, Kate.  She’s experienced this exact situation a million times, but never from this side.  Kate left home 20 years ago aged 16, and clearly didn’t want to be found. Always a police woman and with 30 years of experience kicking in, Colette has some searching questions.   But is she prepared for what she finds?

With her life turned upside down, and grief consuming her every thought, Colette resolves to stay in Ireland to work for the Garda.  But what will she unearth about the events leading up to Kate’s death, and the life that her daughter chose to build for herself?  Consumed by feelings she may have failed Kate in life, Colette is determined to do right by her now.

Redemption has been commissioned for ITV by Head of Drama Polly Hill and Commissioning Editor, Huw Kennair Jones.  Huw will oversee production of the drama from the channel’s perspective.  The drama has been jointly commissioned by Virgin Media Television in Ireland’s Content Director Bill Malone. The series will be produced by John Wallace (Rialto, End of Sentence, Cellar Door) and directed by John Hayes (Dublin Murders, Bancroft) with investment from Screen Ireland. The Series Producer will be Ingrid Goodwin.

“Sean’s scripts not only deliver an exciting thriller but also a poignant exploration of a mother’s loss of and her determination to find justice and make amends to her estranged daughter. We’re thrilled to be working with Tall Story Pictures to bring the series to life.”

Virgin Media in Ireland have most recently won the Best Drama Award at the Irish Film and Television Awards for Blood and the Best Film for Black ’47.  The company have also had huge success with The Deceived and recent feature film investments for Cardboard Gangsters.

Catherine Oldfield is the Creative Director at Tall Story Pictures, responsible for successful dramas The Bay, which has recently been commissioned for a third series, Sticks & Stones and Trauma, both dramas written by acclaimed screenwriter Mike Bartlett.

Catherine has also successfully executive produced the second series of Bancroft and the dramas Home Fires and Tutankhamum for ITV Studios.  Executive Producer, Patrick Schweitzer has extensive production experience including his work on Bancroft, Save Me, SSGB and Whitechapel.  He is also currently executive producing Grace, a drama co-production with Second Act for ITV starring John Simm and Richie Campbell.

“Redemption is a wonderfully emotional story about one woman trying to come to terms with the mistakes of the past and also about second chances.  In Colette, Sean has created a richly-drawn heroine who we can’t wait to bring to the screen.”

“We are delighted to support quality International stories with Irish talent which will reach global audiences. Redemption is a powerful and emotional piece that will leave audiences wanting more and the show has utilised the best of Irish locations, creativity, talent and crew.”

“We are proud to have facilitated the production of this powerful television drama in Ireland, and to partner with Tall Stories Pictures and with the broadcasters and funders backing the project, including the Irish Government’s Section 481 production investment tax incentive”.

Filming for Redemption will commence in April 2021 in Dublin, Ireland. Tall Story Pictures is an ITV Studios company. ITV Studios will distribute the series internationally.