Irish Studios Have a Moment in Clover 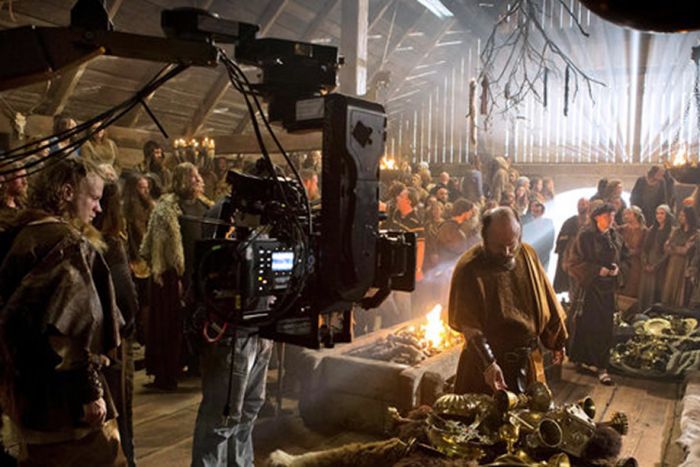 “The Tudors,” “The Borgias,” “Camelot,” “Love/Hate,” “Titanic: Blood and Steel,” “Raw,” “Ripper Street,” and an assortment of BBC productions, have been shot, are being shot, or have their productions based in the Irish Republic.

At the brand new Ashford Studios, 30 minutes south of the capital city, the groaning of saws and whining of drills echoed around Ragnar’s house, a rough-hewed Scandinavian-inspired assemblage of timber that will be the centerpiece of “Vikings,” the first scripted series being made for the History channel, as well as the first production for Ashford, in County Wicklow. Large as it is, Ragnar’s home doesn’t even dominate the room: the 30,000 square foot main stage is a vast space competitive with London’s Pinewood Studios and is just part of this site that includes 300 acres that can provide rolling green fields or a rock quarry.

….In the meantime it’s Ashford that’s home to “Vikings.” Behind the scenes the team includes Michael Hirst (“Elizabeth,” “Elizabeth: The Golden Age”) who wrote all 38 episodes of “The Tudors,” and the costume designer Joan Bergin, a multiple Emmy winner for that show.